Five years is a long time in grindcore terms. The hiatus that Singapore’s Wormrot took after touring their second album Dirge, whether wanted or not, [1] brought a blessing in disguise – a new drummer, a new album and a vitality never seen before from the grindcore trio. In a field where anger in your music is a foregone conclusion, this third album Voices is another level of pissed off.

There are still many familiar elements that Wormrot have ported over from Dirge and Abuse – their previous two full-lengths – both in obvious and subtle ways. Opening track ‘Blockhead Fuck Off’ begins with Abuse’s opener ‘Lost Swines’ playing faintly in the background, before 2016-era Wormrot kick in with a thrashy one-minute number that barely gives time to adjust before the rocket ride kicks off. Later on, ‘Fallen Into Disuse’ brings in that bouncy thrashpunk vibe that made Dirge such an instant hit – except this time round drummer Vijesh Ghariwala takes it up ten notches with his drumming.

The dynamic that Vijesh brings to this record cannot be understated – whether in the blistering intense speed of ‘Shallow Standards’ or the Trap Them-inspired crusty rhythms of ‘Buried the Sun’ (complete with a total beatdown at the end). There are several moments in this record where the intensity is overwhelming (‘The 1st World Syndrome’, ‘The Face of Disgrace’) and mixed in with their current arsenal of tracks will make for a live show of grind madness.

One notable change on Voices is the band’s sense of humor – which previously bordered on goofy beforehand with tracks such as ‘Butt Krieg Is Showing’ and a cover of Yeah Yeah Yeahs’ ‘Rich’ [2] ‘Blasphemy My Ass’. While there is still a playful atmosphere across many of Voices’ tracks – ‘Fake Moral Machine’ is as danceable as grind gets, and ‘Eternal Sunshine of the Spotless Grind’ is contender for song title of the year – it has been dialed back in comparison. The micro-songs are still present, though: ‘Dead Wrong’ and ‘Still Irrelevant’ are nine and six seconds respectively, and ridiculous in the best way. 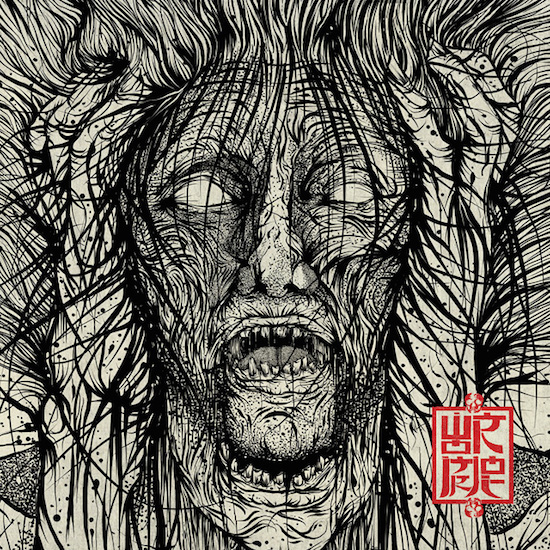 Alongside Vijesh, the two long-serving Wormrot members are back with a vengeance. One criticism which has been leveled at the band’s previous output – that the songs, while catchy, occasionally fell into familiar patterns – has been all but decimated this time round. Rasyid Juraimi brings a broad palette of guitar tones and styles to the table, but the achievement is that all of them are cohesive to the Wormrot sound. Elements of crust à la Tragedy creep into the writing (‘Hollow Roots’ showcases this) while Gridlink’s tech-grind tendencies crop up in ‘Exit Fear’ – and vocalist Arif Rot has already demonstrated the band’s love for this group. [3]

Speaking of Arif; never has he sounded so vitriolic. His high shrieks – which come in straight out of the gate barking like a madman – are so full of passion that a lyric sheet is unnecessary to understand his frustration with society. His growls are better mixed into the record – they pop out on ‘Exit Fear’ – and there is a plethora of other styles dotted throughout the record to be unearthed by a discerning ear, despite most songs barely reaching 90 seconds.

The final track on Voices, however, is Wormrot’s pièce de résistance. ‘Outworn’ is nearly four minutes – longer than any of the band’s songs to date by a stretch – and features a strong screamo/emoviolence influence (think Orchid [4]) under a tirade from Arif after he impassionedly screams “Wake the fuck up, humanity”, before the song slowly devolves into doom and crashing cymbals. It’s a powerful statement from a band who are still grind in their hearts, but unafraid to step into new territory and incorporate it seamlessly into their approach.

Voices demonstrates that Wormrot have evolved beyond their peers; it is more diverse, more raging and still as fresh as ever. Start reshuffling your list of top grind bands, because this trio have achieved something remarkable, and both Wormrot and Voices will be heavily discussed for years to come.

Footnotes:
1. The band have made no bones about a main reason for their hiatus: Singapore’s compulsory military service, which both vocalist Arif and guitarist Rasyid have had to attend regardless of tours booked. This has led to cancelations in the past (example here), and a couple of understandably angry announcements from the band towards their government. This interview with Metal As Fuck explains the details.
2. ‘Butt Krieg Is Showing‘ from Dirge and ‘Rich‘ from Abuse.
3. Arif’s record collection video 1 showcasing Trap Them/Gridlink and video 2 showcasing Tragedy.
4. Orchid – Chaos Is Me album, a seminal screamo/emoviolence band

Catch Wormrot with The Afternoon Gentlemen and The Atrocity Exhibit in the Underworld in London in February. Facebook event page here.