Trending
You are at:Home»Reviews»Metal»YOB – Clearing The Path To Ascend
By Joy Merten on November 23, 2014 Metal, Reviews

“So I Take This Weary Heart and Bleed It Out…”

Tracklisting:
1. In Our Blood
2. Nothing To Win
3. Unmask The Spectre
4. Marrow

On Clearing The Path To Ascend, YOB’s seventh album since they formed 1996, the band makes human emotions sound as monumental as mountains crumbling into the ocean. It may seem redundant to say that a band that has already named a previous album Catharsis would make a record that is essentially an hour of emotional outpouring. But Clearing the Path to Ascend does what the title says: it draws rage and sadness out, so we can live in acceptance and peace. It finds transcendence through personal pain.

Frontman Mike Scheidt wrote this album in a veritable shitstorm of life. He was going through a divorce, as well as negotiating his way off anti-depressants. The album is, as he said to Noisey,[1] “very heavy in the heart,” portraying the bigger ups and downs he was experiencing emotionally due to the changes in his medication. The band skillfully illustrates these mercurial changes in mood, moving from heavy riffs to acoustic reflections almost as quickly and with as much emotional heft as Harvey Milk did on Courtesy and Good Will Toward Men. Vocal samples add texture to the sound, as well as providing a philosophical outline to the album.

The first few seconds of the album contain a single chord with someone saying, “it’s time to wake up,” acknowledging that now the real work of the album must begin. Twelve minutes into “In Our Blood,” that same vocal sample is repeated, followed by an explosion of guitars and a throaty, wordless roar from Scheidt. It’s the closest I’ve ever heard growled vocals come to crying. The track sounds like the band trying to punch itself awake, to get up and start feeling something again. Maybe it’s pain, maybe it’s despair, but the important thing is that it’s something. The narrator’s finally starting to open his eyes and see the world unclouded for the first time in a long time.

After that awareness comes rage. “Nothing To Win” is the fastest song on the record, with something like a scream-along chorus: “Nothing for the grave/Nothing for the kings/Nothing to sacrifice/Nothing to win.” The sound is exhilarating, with the song building up to the absolutely explosive chorus. It’s as though the narrator is experiencing anger for the first time and is completely consumed by it. The song feels like it’s reveling in nihilism and negation as a way to tear out and destroy what came before, before settling into the more placid “Unmask The Spectre.”

The crowning piece of this album, and its conceptual capstone, is the closer, “Marrow.” Compared to the tumult of the other tracks on the album, it’s a placid journey, a slow build to the finale. It reminds me of Dorthia Cottrell’s guest vocal on Inter Arma’s new Cavern EP. But while Cottrell is the eye of the storm in Inter Arma’s blustering piece, “Marrow” is more like the calm aftermath, when you look out the window to assess the damage, and find that it’s not as bad as you thought. The chords of the song resolve in a satisfying way, tinged with mournfulness but ultimately reaching to greater and greater heights. 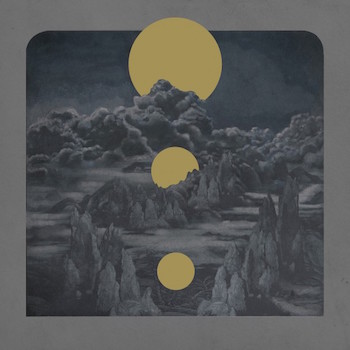 The lyrics on Clearing The Path To Ascend reveal that these seismic changes are all happening within a space that’s both contained and infinite: the human body. First, “in our blood, we always know” that the possibility for change is always there, it just has to be awoken and accessed. On “Nothing To Win,” Scheidt sings that he will “take this weary heart/And bleed it out,” ridding the body of illusions and lies. Everything is centered around the narrator’s self, as the source for both unending pain and positive change.

The second half of the album draws upon nature as an inspiration for change as well. “Unmask The Spectre” could be about revealing nature’s spirit, drawing inspiration from the environment as an impetus for personal change. Certainly the most esoteric of all the songs on Clearing The Path To Ascend, it references a concept from Tibetan Buddhism, Rigpa (“knowledge”), saying “nature flows to its source.” Here begins the important realization that nature is bigger than all of us, which leads to the song’s last verse that starts with the hopeful line, “Behold the dawn.”

The lyrics to the final track, “Marrow,” move from meditations on nature to abstract poetry, which mixes images of the body with images of nature in way that almost conflates the two. There is “Earthly blood/speaking in the stone,” as well as the juxtaposition of “Time will crawl to the sea” with “Yearning to know deep within the marrow.” Through the final two tracks on the album, we see a person wake up and start to heal, their personal rejuvenation connected deeply to the machinations of nature.

The true strength of this album lies in its ability to provide emotional cleansing not just for Mike Scheidt and Yob, but for the listener as well. It achieves it stunningly well, even better than Scheidt’s release The First and Last Days of Unwelcome with Lumbar last year. The music and lyrics of Clearing The Path To Ascend take the listener through each of the steps of healing from a low point, from awareness and rage to reflection and acceptance.